The Pacha Barcelona Dress Code for Men and Women

Pacha, one of the legendary nightlife brand in the world has made it to Barcelona recently with Pacha Barcelona. Right at the beach and very much in touch with its bigger and older sister Pacha Ibiza. The styles are similar, the parties are similar and the crowd is just as eclectic!

As with the other beach clubs in Barcelona, there are some nuances with the Door Policy. Pacha is positioned as one step less posh than Opium but one step more posh than Catwalk.

This article is to clear up what the f is what you need to look and dress like to get into Pacha Barcelona for both Men and Women. 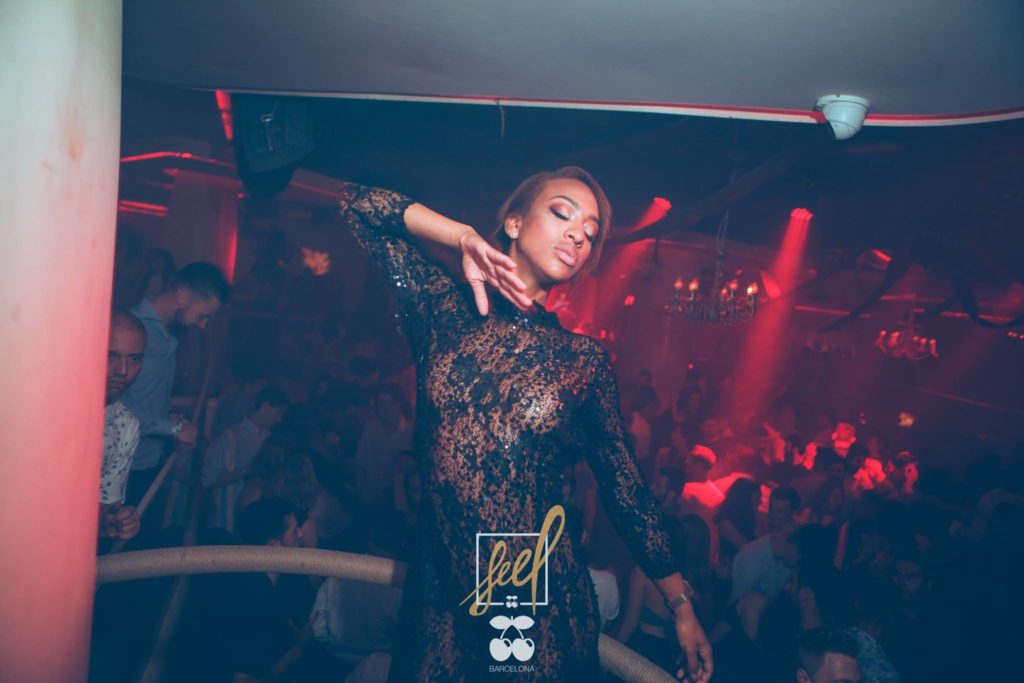 So, guys, we know you’re the best people ever, each and every one of you, regardless of how you currently look. You agree right?

Sadly, nightclub bouncers do not.

The instructions for any decent nightclub door, let alone one like Pacha is to filter out at the door so that the party inside is on par with the best of the rest. What this means is an enforced dress code, especially on fuller nights, as well as a favourable girl to guy ratio. No one wants a sausage party.

An important thing to know is that Pacha is fullest and therefore strictest in high season, June through August. As well as the year-round on Fridays and Saturdays. Everything I will highlight below as “requirements” will, in practice, be more relaxed as soon as Pacha finds itself a little more empty than it would like.

So without further babbling:

The recommendation for guys would be to come with a clean, well put together set of clothes. I’d recommend a nice shirt and long pants. The door will accept short dress pants. T-Shirts are not a problem at Pacha unless they are too vulgar or express some sort of statement. Rock band shirts, Sports team logos and jerseys are forbidden and matching (stag do style) group outfits are all a no-go.

Definitely, do not wear any sort of obvious beachwear. And as the last tip, I would not recommend going to Pacha with the clothes you’ve been wearing whilst touring about Barcelona for the whole day.

Your shoes is what the club bouncer will pick on most. Make sure they are in check. For Pacha stay away from beach shoes, any sort of training or running shoes or tennis sneakers. Black Nike Frees or Classic Stan Smiths are on the edge, but its best to go for a dress shoe or some casual sneakers.

Unfortunately, clubs in Barcelona are far more picky with filtering hairstyles than in other cities. I’m sorry, there is little you can do if you have one of the following types of haircuts but if you do, you’ve been warned that you might get rejected at the door.

Any sort of Rasta situation is not allowed at all for guys and girls. I have also seen people rejected due to their hair looking unwashed and unkempt so be sure to shower and make an effort to look clean. And finally, the more controversial haircut filter is with the undercut. The style of hair that has the sides shaven short with longer hair on the top is not allowed in the upscale clubs of Barcelona. Don’t ask me why. It is just the way it is.

Tasteful and stylish tattoos aren’t a problem. The detail to know is that if you have excessively visible tattoos, for example, if you are covered with tats on your arms and you have your arms exposed, you won’t get let in in most cases. What’ll have you rejected for sure are face or neck tattoos. If you have those best go somewhere else. The exception is always on Wednesdays and Thursdays at Pacha, where Tattoos are part of the style.

Best go in as a mixed group of guys and girls. Large groups of guys will get rejected.

If you go ahead and splash a little on a VIP table (We provide a free VIP table concierge and reservation service) you’ll find that some aspects of the dress code get excused a little. However, Pacha is still tight on who they let in.

We have our own guest list at Pacha which will get you free entry until 1am every single night, some nights until 1:30am or even 2am. Just sign up and either show your confirmation email at the door or just say “I’m on the Scott List” at the door.

You will have to fit the Dress Code above, you will get rejected if you don’t.

The Pacha Barcelona Dresscode for Women:

When it comes to nightclubs and partying, being a girl is a privilege. Everyone wants you in their club, which makes things a little easier for you to get into even the most selective clubs.

The short version of “things you need to know to get into Pacha” is:

Pacha is worth looking sexy for, so do it.

You’ll feel more at home if you use your night out at Pacha to make an effort to look your best! I recommend whatever makes you feel your most attractive!

Other than that, these are the details you need to know:

Anything sexy is fine. However, anything that may expose your intimate lady parts can get you rejected. You’ve been warned.

Essentially the guidelines are similar to those above for the guys. High heels are not a must, and the bare minimum is some sort of stylish sneaker. A Stan Smith is fine, tennis shoes are not.

Pretty much anything goes, except anything rasta or coloured in a distasteful manner.

I’ve never seen any girl be rejected due to her tats, so anything goes.

Now you know what the dress code is! If you are planning on going to Pacha, please get on our guest list, it gets you free entry until 1 am or later every single night!